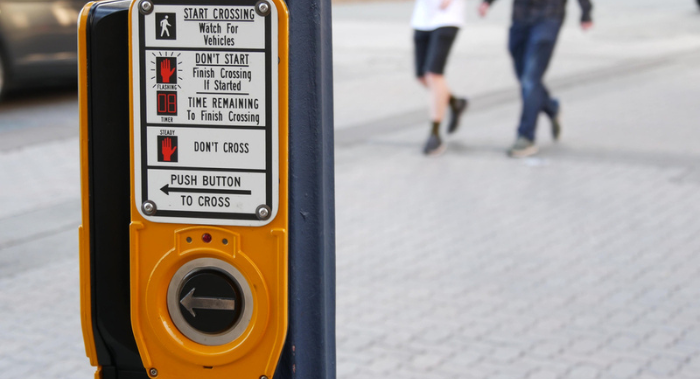 The Freedom to Walk Act was introduced into the California Assembly in 2022 and sought to change pedestrian laws in California.

Contrary to what some may have you believe, these changes don’t eliminate laws against jaywalking in California. Instead, the law changes how the police stop jaywalkers. It requires them to show that pedestrians acted negligently when crossing roads before being stopped for jaywalking.

The Freedom to Walk Act is a major boon for those who occasionally jaywalk in California, opening up new avenues of defense against frivolous jaywalking tickets.

What the Freedom to Walk Act Does

The Freedom to Walk Act (CA Assembly Bill 2147) moved through the California Assembly relatively quickly. It was introduced in February of 2022 and was voted into law in August of the same year. California governor Gavin Newsom signed the bill just one month later.

Prior to the new law, jaywalking was a strict liability offense, meaning the police only needed to show that the pedestrian violated California traffic laws. They didn’t need to show anything about the pedestrian’s intent or the circumstances of the offense.

Thus, a jaywalking ticket would stand up in court if the pedestrian:

Before the Freedom to Walk Act, you could get stopped by the police and cited for jaywalking even if the road was empty when you entered, crossed, or walked alongside it. Now, officers can’t stop you unless they can show that you failed to exercise reasonable care when you violated the law.

In other words, those violations still exist, but now, police must demonstrate both an action and an intention or state of mind for a jaywalking ticket to stand up in court.

The Assembly bill amended the existing pedestrian laws to limit police officers’ authority to stop pedestrians. With these amendments, the police aren’t to stop pedestrians for jaywalking except in circumstances where a reasonably cautious person would recognize the immediate danger of a crash with a car or bicycle.

How the Act Affects Police Officers

The Act requires officers to show that the pedestrian failed to exercise reasonable care and faced an immediate danger of a collision. This means the ticket doesn’t just need to describe what the pedestrian did but also how they did it and why they should have realized the danger involved.

Therefore, police officers might not want to take the time to write jaywalking tickets except in imminently dangerous situations, such as a pedestrian trying to cross a busy freeway or highway.

Officers have many duties already. By increasing the burden of issuing jaywalking tickets, the California Assembly may have made jaywalking laws too burdensome for most officers to enforce.

This may have also been the Assembly’s intent. Many organizations supporting the bill focused on the argument that police exploit jaywalking laws in an “arbitrary, racially biased” way.

They argued that the police use jaywalking as a pretext to stop certain people and search them in order to establish grounds for other charges. They also pointed to the disproportionate burden of jaywalking fines on people of lower economic standing.

How the Act Affects Jaywalkers

Jaywalking is dangerous. Even when a road appears clear, a vehicle could appear out of nowhere. You should always exercise caution when crossing a road at an intersection or between intersections.

The Freedom to Walk Act shifts the burden of deciding whether to cross the road from the California statutes to you. In other words, the state no longer tells you when you can or can’t cross the street — instead, it simply tells you to exercise reasonable care.

As long as you cross carefully, you won’t receive a jaywalking ticket. But if you do cross in a reckless or dangerous manner, the police can stop and cite you.

The Freedom to Walk Act opens up several new avenues to defending against jaywalking tickets.

If the police fail to show that you acted negligently in crossing the street and faced an immediate threat of a collision as a result, a judge must throw the ticket out. Equally importantly, if the police violate the jaywalking laws by stopping you, you have a strong argument to throw out anything else they discovered during your stop.

TicketVoid can help you find a lawyer to fight your jaywalking citation. Fill out our short online form or call 1-888-296-3059 to get assistance.