What Are Speed Traps and Can You Fight Speed Trap Tickets? 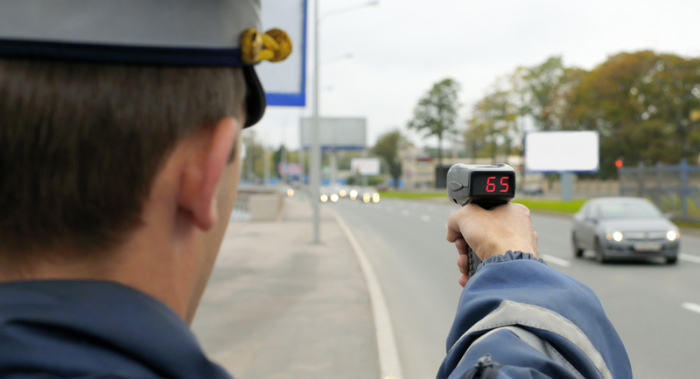 The term “speed trap” has several possible definitions. But regardless of how you define the term, one thing is certain: speed traps produce many speeding tickets.

The defenses you can use to fight a speed trap ticket will depend on the laws in your state. Generally, defenses include challenging the officer’s observations or using the police’s or city’s actions in creating a speed trap to excuse your driving.

What Is a Speed Trap?

Speed traps can be understood in different ways, including:

The most common use of the term “speed trap” refers to a stretch of road where police have an increased presence to enforce speed limits. In this context, the police do nothing to entrap speeders other than sit where they can measure drivers’ speeds.

The fact that police officers sometimes conceal their cars while watching for speeders makes some drivers feel trapped, but using these types of speed traps places the responsibility for speeding solely on drivers. Under this definition, to avoid speed trap tickets, you just need to avoid speeding.

For example, an officer who hides in a school zone and pulls over speeders makes the roads safer for the school’s students and visitors. The officer did nothing to encourage speeding or take advantage of an area where drivers may naturally tend to speed. Motorists who get tickets in these speed traps have no one to blame but themselves.

There is one circumstance where you might have a defense against a ticket for this type of speed trap: if the speed limit sign was concealed or missing, you could argue that you had no notice of the speed limit for the road. However, this defense will only work if your situation fits a narrow set of facts.

Another common use of the term refers to a stretch of road where the design of the road naturally leads to speeding. When the police take advantage of this tendency to issue tickets, drivers may feel trapped.

Some natural features that could lead to speeding include:

In these areas, drivers may naturally speed up, or gravity may cause the vehicle to accelerate. As a result, drivers along this stretch of road may inadvertently be drawn into speeding.

Again, the police don’t do anything to encourage or entice drivers into speeding — they take advantage of the road design and drivers’ natural inclinations to catch speeders. Drivers who receive traffic tickets for speeding along these roads are responsible for their actions. If they want to avoid a citation, they need to reduce their speeds.

Suppose that a police officer sits at the base of a hill and pulls over speeders who accelerate down the hill naturally. This might seem unfair to drivers who simply allow their cars to accelerate with the force of gravity, but their reluctance to apply the brakes could pose a danger to pedestrians and cars crossing the road at the bottom of the hill.

A true speed trap happens when the police or other government officials set up drivers to speed by deliberately manipulating the roads or speed limits.

Speeding fines can provide enormous revenue to cash-strapped municipalities. According to one analysis, a town in Louisiana generated 89% of its annual revenue through fines.

Get Advice from a Speeding Ticket Lawyer

A local speeding ticket lawyer can use their knowledge of the laws in your area to help you explore your options after a speeding citation, and TicketVoid can connect you with a legal expert with the necessary qualifications.

Fill out our online form or call 1-888-296-3059 for assistance tracking down a lawyer to help you with your speed trap ticket.