4 Common Reasons Your Driver’s License May Be Revoked 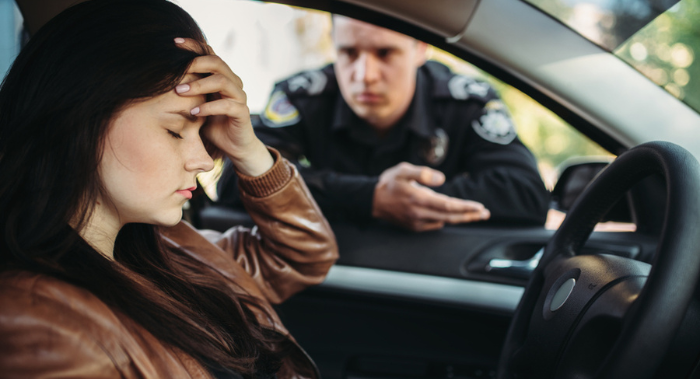 Various states have many grounds for revoking driver’s licenses, which are meant to protect you and other road users from dangerous driving behaviors.

Many states also have varying requirements for regaining a driver’s license. Depending on your state, you may need to serve a waiting period, take a driving class, pay a reinstatement fee, or even start over with a new driver’s license application.

Learn four common reasons your driver’s license may be revoked and what you can do to overcome an inconvenient revocation.

At the same time, once a state grants a driver’s license, it must follow its own rules to revoke or suspend them. Therefore, it must also allow you due process when it takes action against your license.

In many states, a suspension temporarily takes your right to drive. A suspension is different from a revocation because it expires. At the end of the suspension, you’ll get your license back either automatically or upon payment of a reinstatement fee.

A revocation also takes away your right to drive, but this penalty typically doesn’t expire. Instead, you lose your license and must reapply to regain your driving rights, meaning you must meet the qualifications for getting your license, pass the written and driving tests, and pay all associated fees all over again.

Depending on where you live, some common grounds for revocation or suspension may include:

Most states use a point system for traffic violations in which each type of violation is worth a certain number of points.

Many states have multiple limits covering short-term and long-term repeat violators. For example, your license might be suspended if you receive five points in one year or ten points in three years.

Another is to take a driving class. Most states limit the number of points you can remove and how often you can take the class. Thus, your state might remove three points when you take the class but only allow you to do so once every three years.

Driving Under the Influence

Many states have a driver’s license revocation built into the sentences for driving under the influence (DUI). Often, the judge must suspend or revoke your license upon conviction, even if you escape jail time.

Refusing a Drug or Alcohol Test

Every state has an implied consent law requiring drivers to take a drug or alcohol test if the police ask for it. The agency can revoke your driver’s license if you refuse the test.

It’s possible to lose your driver’s license even if you don’t fail the test or get convicted of a DUI — refusing the test is enough to justify suspending or revoking your license.

Some crimes that might justify automatic driver’s license suspension include:

Again, your state might reinstate your license after a certain time elapses, or you might need to reapply and meet all the requirements for a new driver’s license.

For offenses that automatically result in a revocation, the court will notify the driver’s license agency when you get convicted. After revoking your license, the agency will usually send you information about the grounds for the revocation and how you can reinstate your license.

Your only option to avoid revocation for these offenses will be to successfully defend yourself from a conviction. That’s where TicketVoid comes into the picture.

Fill out our brief online form or call 1-888-296-3059 for assistance finding a lawyer to help you defend your driver’s license.

PrevPrevious4 Alcohol-Related Traffic Offenses and How to Fight Them
NextWhat Are Speed Traps and Can You Fight Speed Trap Tickets?Next