Careless Driving vs. Reckless Driving: Which One Can Put You in Jail? 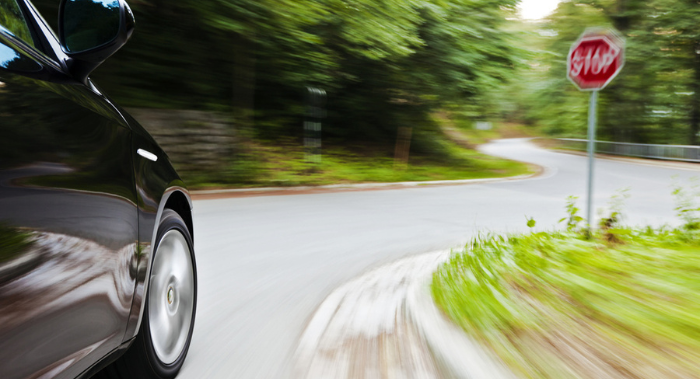 The law is concerned about your mental state when you act — the same act can have very different consequences depending on your thinking at the time you committed it.

The same logic applies to operating a vehicle. Driving in a dangerous manner could expose you to legal jeopardy, but the consequences you face will depend on whether you drove carelessly or recklessly.

Careless driving doesn’t constitute a crime. The law treats carelessness as a form of negligence. In other words, careless driving is closely related to negligent driving.

Negligence exposes you to civil liability. You could get sued for causing death, injury, or property damage while driving negligently, but you won’t face jail time because driving carelessly doesn’t violate any criminal statute.

Negligence happens when you breach a legal duty and cause someone to suffer harm in the process. In the case of driving, all motorists have a legal duty to drive with reasonable care.

You can breach that duty by driving in a way that creates an unreasonable hazard to other road users. Importantly, you can act negligently if you knew or should have known your actions were unreasonably hazardous.

Each state defines this differently, but they all agree that recklessness is a higher standard than negligence. In other words, prosecutors must show more than negligence to establish reckless driving.

Some states equate recklessness to gross negligence. In California, for example, “reckless driving” means you drove with willful or wanton disregard for life or property. A prosecutor must show that you knew the dangers of your actions and either:

Some activities that can lead to reckless driving charges include:

In an aggressive driving case, the prosecutor might use the nature of the actions to prove your level of knowledge. If you deliberately bumped against another vehicle, a jury might infer that you were aware of the dangers of colliding with that vehicle.

Since reckless driving is a criminal offense, you have the right to defend yourself. A defense lawyer can discuss your case with prosecutors to try to dissuade them from filing charges against you.

If you’re charged, your defense lawyer can defend you against the charges while simultaneously attempting to settle your case.

The differences between recklessness and carelessness could save you from a conviction for reckless driving. A jury can’t convict you unless the prosecutor proves your behavior amounted to more than negligence.

If you can rebut the prosecutor’s evidence of your mindset, you might persuade a jury that mere carelessness doesn’t justify a reckless driving conviction. To put it another way, your defense lawyer can concede that you took unreasonable risks but argue that you didn’t fully appreciate the potential consequences of your actions.

Your defense lawyer also has alternative options for defending you, such as:

Juries can be unpredictable. You have no guarantee that the jurors will understand the difference between careless and reckless driving. At the same time, the prosecutors run the risk that a jury will excuse your carelessness and acquit you of the charges.

Since both sides have something to lose, you can sometimes strike a plea deal. In a plea deal, you plead guilty in exchange for reduced charges or a lighter sentence.

A plea deal might give you the best chance to serve your sentence and move on with your life. You might even be able to avoid jail time.

Getting Legal Advice for Reckless Driving

Whether you committed reckless driving depends on the facts surrounding the incident. Before you decide what to do about your case, you should seek advice from a lawyer. TicketVoid can help.

Fill out our convenient online form or call 1-888-296-3059 for assistance locating a reckless driving defense attorney near you.